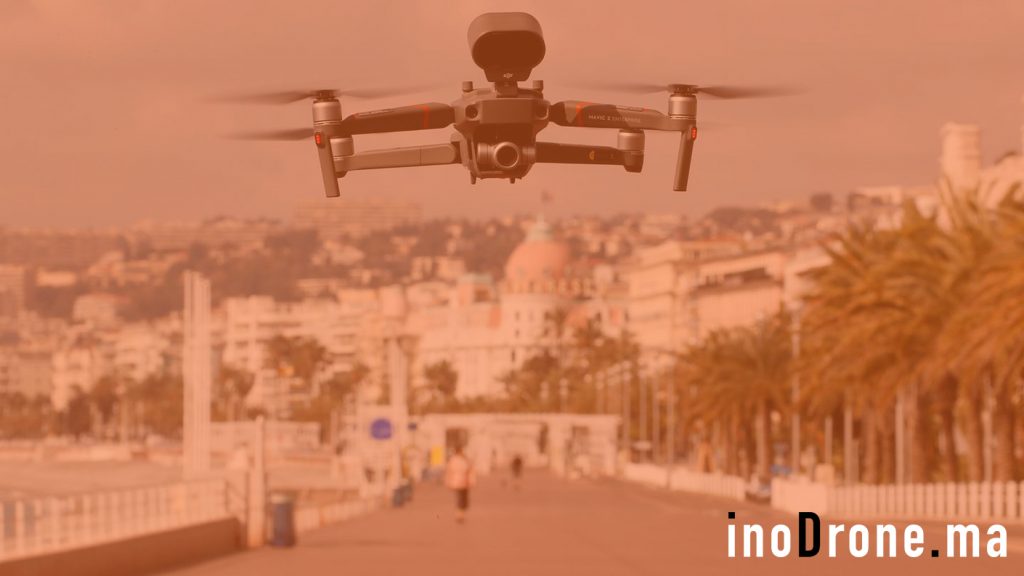 The use of drones, whether for professional purposes or for leisure, is developing rapidly. This rapid development involves new threats about which we are not warned: collision with another aircraft, lacerations or injuries to pedestrians, overflight over dangerous areas such as the nuclear power plants, over terrorist zones… In this regard, their presence in airspace could be perceived dangerous as accidents and malicious acts can take place if an understanding and anticipation of future risks were not taken into account in advance!

What is a drone first?

According to official regulations, a drone is defined as an aircraft that flies without anyone on board. Its name comes from the English word “drone”. It is a remotely controlled flying machine, which can be used as a powerful tool either for leisure or in professional activities: audiovisual, inspection, rescue, agriculture, transport, civil security… Currently, the drone represents a market of revolutionary technology, which is in full expansion to perfectly meet the needs of the various professional sectors and to bring them advantageous solutions. The drone is mainly composed of the following elements:

There are a variety of drone types; their performance varies depending on their speed, range, size and altitude capabilities.

How can drones represent a risk?

Because drones are easy to pilot, efficient, fugitive and are capable of carrying loads, they scare off potential malicious exploitations. An uncontrollable drone can lead to disastrous accidents; this can happen due to malfunction of the system, of the hardware or the software within the device… In all cases, the risks associated with reckless use of the drone must be called into question!

Drones are not only a practical tool to facilitate professional practices or to have fun; in fact, they can represent a risk on the health or a property. Colliding with other drones, with civil protection devices such as rescue helicopters or with military devices in training, with civil aviation devices or falling on pedestrians could end in dramatic scenarios if a flight doesn’t go right, the drone crashes, if it brushes against a power line, its software malfunctions,…

For instance, a drone fell during a festival in Barcarès, in the Pyrénées-Orientales and it left two injured according to leparisien.fr “After a few minutes of flight, a fault message led the remote pilot to interrupt the flight. During the return, the remote pilot lost control of the drone which hit an obstacle and landed on the public where it hit two people,” reported the BEA. An investigation was opened accordingly for causing “Unintentional injuries due to the failure of a duty of care or safety imposed by law or regulation”. Another man was injured by his recreational drone. The harm it caused him sends shivers down the spine! “The drone’s propellers hit the upper part of the face causing lacerations on the forehead and eyelids, a partial laceration of the white of the eye and a laceration of the inner membrane of the eyelid ”according to the blog pourquoi docteur published on 03/22/2021. Moreover, during the last decade “The use of drones has increased considerably and injuries related to these devices have become an emerging cause of trauma”, the doctors alert. Hence, the need to shed light on the perils of the drone, the possible incidents as well as their degree of seriousness, to sensitize communities and strengthen prevention in the face of the exponential proliferation of drones.

Flying over private properties and urban areas with drones revealed several risks such as the invasion of privacy or the risk of falling on pedestrians, which leads to serious accidents. Once again, the flight over sensitive areas threatens the security of people and of the State.

Drones offer a wide range of applications that can collect different types of personal data, which raises the fear in regards to touching the privacy and confidentiality of either individuals, professionals or government entities. These aircrafts can be used to spy on people in their private space. They can also be utilized in the context of operations claimed for purposes of discrediting the State, by flying the drone over sensitive areas such as the military bases and airports. Such incidences have already aroused the attention of several countries. They have prompted them to review the regulatory aspect relating to the protection of the privacy of individuals, and what could possibly be the subject of an update relating to the legal status of drones usage in other countries where this new technology is becoming plentiful.

Drones are able to transport small computers such as Raspberry Pi, thanks to their ability to be programmed, these can detect Wi-Fi signals allowing for example to test the security of isolated infrastructures such as power plants to which the access is not direct from the internet.

Accordingly, a test on the cybersecurity of an oil platform located on the high seas and that is difficult to access was carried out by researchers who rented a small boat and moored it at a certain distance and then programmed the Raspberry Pi to detect Wi-Fi signals by hovering over this platform. This type of operations makes it possible to listen to communications and if the researchers were able to do so, no doubt the hackers can get there by using this application to hover over any building!

Malicious drone applications are not fiction; they are reality. Threats posed by terrorism are potential and should not go unnoticed as they can generate devastating attacks via the delivery of explosive charges by drones. Drone attacks would be more violent; their size is small, and their programming is easy and flexible, which makes the attacks hard to avoid. For instance, a drone attack by the Yemeni Houthi rebels took place in the sites of oil installations in Saudi Arabia in 2019 generating a reduction of approximately 6% of the world oil supply. The Saudi kingdom, the first exporter of black gold found itself in a situation of destabilization and unprecedented concern. With this in mind, the question of insecurity against drone attacks has been the subject of several speculations, which is at the origin of the solutions proposed today in terms of developed radars, detection systems allowing the identification of any malicious intrusion, the neutralization of the drone and anti-drone technologies…

We cannot finish without mentioning that indeed drones are an evolutionary technology that is in full growth on the global scale. Yet, there is still a long path to develop its capabilities over the next few years. Companies, public bodies and law enforcement must be aware of the threats posed by drones because, beyond devices developed for noble purposes, they can be misused!

In China, for example, a solar-powered drone was developed from the perspective of prolonging the duration of the flight in a permanent manner, which seems to be science fiction, but it is already achievable! The big problem that emerges here is that of the regulations; since the regulatory framework is still non-standardized between countries and the lack of control over the use of drones (collisions, etc.) in the airspace do not have the technological support needed to limit serious threats to society.

DRONES TOWARDS A WIND INSPECTION… 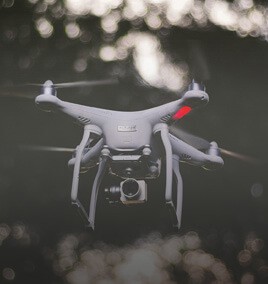